What'll Waddle do with $4m injection?

Originally written by Paul Smith and published in the AFR on 19 March 2019 at https://www.afr.com/technology/whatll-waddle-do-with-4m-injection-20190315-h1cerz

Small business lender fintech start-up Waddle will step up its efforts to crack overseas markets and take a larger share of the big four bank's local market share after closing a $4 million series A funding round.

The funds, sourced from tech venture capital firm Allectus Capital, will be used to grow the fintech's footprint in Australasia and push forward with its plans to integrate with overseas banks.

"We are seeing strong demand from banks looking to digitise their working capital product offerings by partnering with fintechs with proven models," said Simon Creighton, co-founder of Waddle. 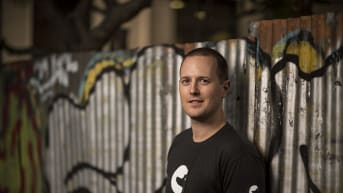 While it is the first major external venture-style funding round, co-founder Simon Creighton is no stranger to raising capital, having previously closed a $50 million debt funding round in 2017 to provide the capital for its loans.

With a pilot program with an unnamed international bank already underway, Mr Creighton said Waddle's next move will be to replicate the same program with other global banks.

Mr Creighton said he expected the $4 million injection to meet the lender's "short- and medium-term" expansion strategy and is not planning to conduct any future funding rounds.

Waddle, a cloud-based SME lender, integrates with the accounting platforms such as Xero, MYOB and Quickbooks already used by its customers to create a credit line based on the business' invoices. The customer's credit limit is adjusted automatically as invoices are raised and paid.

Unlike larger banks, Waddle only charges customers for the funds they use, rather than the full credit limit at their disposal.

The Australian fintech says it has already lent over $275 million since it began in 2014 and has hundreds of SMEs using the platform. 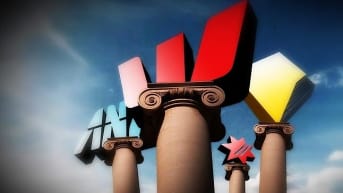 'We are at our core a technology company'

Waddle is increasing its staff numbers to meet demand, doubling its staff to 18 over the past year and plans to double that number again this year.

"We are at our core a technology company. As a result, our product stands alone with unmatched user experience and automation. Continued investment in the platform will ensure we stay ahead," Mr Creighton said.

In the wake of the banking royal commission, SME lenders have rushed to offer an alternative line of credit to small businesses from Australia's big four banks.

"We see the the fallout of the royal commission as a real opportunity for Waddle. Our view is that the royal commission will put the brakes on property backed lending that the Australian banks have relied on for many years, with this unmet demand moving to alternate asset classes such as receivables finance," Mr Creighton said.

On Friday ING announced it will ban borrowers using their homes as security for business loans, amid a round of tightening by lenders.

But SME lenders like Waddle still have to comply with laws introduced in 2016 designed to protect small business from unfair contracts in business-to-business agreements such as SME loans.

A trend of self-regulation seems to be emerging amongst Waddle's Australian competitors, with seven SME lenders signing on to a code of practice in January. To date, Prospa, Moula, OnDeck, Spotcap, Capify, GetCapital and Lumi have agreed to implement the code, which requires increased pricing transparency and makes it easier for business to compare loan products.

In September, the corporate regulator advised SME lenders to follow Prospa's lead after the fintech amended and removed several clauses from its loan agreements following orders by ASIC to do so.

Waddle routinely reviews its loan documentation to ensure it remains easy for customers to understand and consults with its lawyers to make sure its agreements comply with the unfair contract terms law, Mr Creighton said.

On a Quest to make SME asset financing decisions, instantly